McConnell under fire after saying Black people vote at… 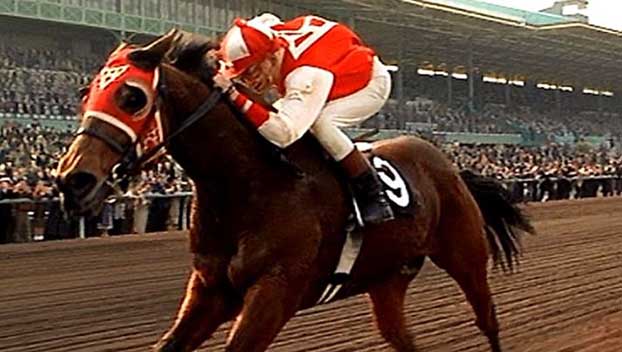 Horse who portrayed Seabiscuit in 2003 film dies; He was 24 years old and living at retirement farm

Popcorn Deelites, a 24-year-old retired thoroughbred who was one of several who portrayed Seabiscuit in the 2003 film, has died, Old Friends retirement farm in Kentucky announced Thursday.

Michael Blowen, the farm’s founder and president, said the cause of death was complications from colic.

Popcorn Deelites was retired at Old Friends in Georgetown in 2005. His sire, Afternoon Deelites, was also retired there.

He appeared in numerous scenes throughout the Oscar-nominated film, including the match race against 1937 Triple Crown winner War Admiral.

Popcorn Deelites started 58 times and had 11 wins with career earnings of $56,880, the farm said.

Hall of Fame jockey Gary Stevens, who portrayed rider George Woolf in Seabiscuit, said Popcorn Deelites was a star in the film.

“He was my go-to guy in all the big scenes,” Stevens said. “He not only won real races multiple times, but he won the famous match race playing Seabiscuit.”