Sheriff accused of assaulting teen girl while trying to… 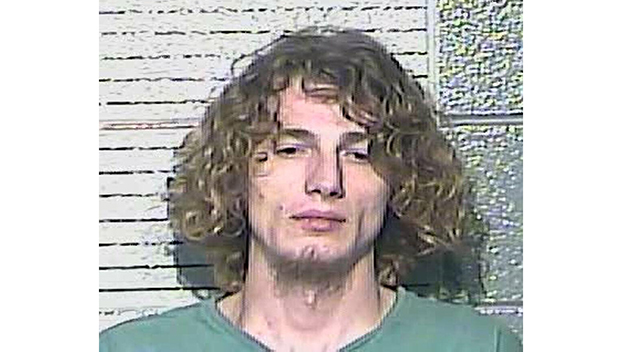 A Kentucky man who forced his way into a Frankfort residence through a window, pushed the female resident to the ground and stole her gun was arrested Monday night.

Frankfort Police were dispatched to the residence at 10:16 p.m. after receiving a call of a burglary in progress.

The victim, his ex-girlfriend, told officers that Joshua Stigers, 27, climbed an adjacent building and made entry into the home through a window.

He then proceeded to get the female victim, who has an active emergency protective order/domestic violence order (EPO/DVO) against him, on the ground and held her head under a blanket. She said she told him to get off of her but he wouldn’t.

According to his arrest report, Stigers, of Frankfort, got into her purse and used her keys to open a box where the gun was located. He took the box that contained bullets and left the residence with the firearm.

FPD located Stigers on Parkside Drive and he allegedly admitted to stealing the gun and throwing it over a bridge into the river.
Stigers also allegedly broke the victim’s phone and she called law enforcement using her son’s phone.

He is charged with first-degree burglary, a Class B felony; possession of a handgun by a convicted felon, a Class C felony; tampering with physical evidence, a Class D felony; fourth-degree assault (domestic violence, no visible injury) and violation of a Kentucky EPO/DVO, both Class A misdemeanors.

This wasn’t his first run-in with law enforcement. In June 2019, Stigers was indicted on charges of second-degree assault, a Class C felony, and first-degree persistent felony offender.

He is lodged in the Franklin County Regional Jail. Bond has not yet been set in his case.